Andrew, son of Catherine and David at La Unica wrote and enclosed these two pictures from Lusigetty, first I thought it was for La Unica, same area and style, but this one is for their family to live in. Hope they can complete it.

“Everyone is fine too at home. They are working on a building project for a permanent shelter. That is a two bedroom house and its already began though due to some issue stopped last week. Hoping that all will be well soon. ( Pics during ground work. Was around to help in the digging the trenches at least) .” 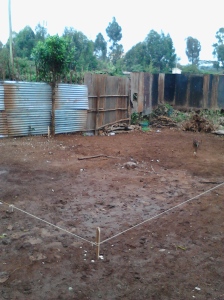 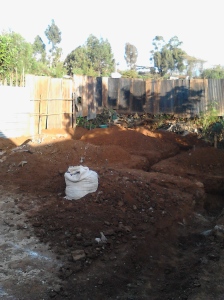 I am happy they are people with both visions and practice. Practical visionaries! Such examples of bringing hope into the world. This world needs people who will not give up hope. They are examples for us all.

David Gaitunga, father, carpenter, electrician and exec sec for La Unica told me of shelter for visitors and teachers when I was there to visit 2008. I was presented with a neat plan for the La unica child care centre lot. The houses they planned constructing and what their purpose etc. They found a partner in me, but Im a bridge builder and just one man trying to do some good in this world. See below drawing from 2008 made by David Gaitunga, Executive director of LA Unica. When I saw the drawing I was amazed with the exactness, about half of the houses were real at that time and by now further development have taken place due to their hope and strong work, and funds, both Kenyan and Swedish. They are not sitting idle hoping to find a moneytree growing at their feet. They are hard working people. 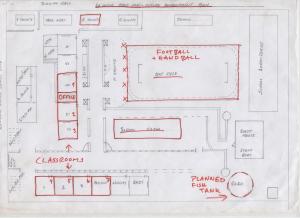 Teacher quarters, latrine, agriculture field and one extended classroom have sofar been built. These people are strong with their goals in mind. But all people could use some support in one way or another. If you have a bit extra time, funds and/or friendship feel free to let me know and the bridge will be built.

Previous bridges built up to the year 2012 when I became ill these bridges were built. se attached word file: